Was a fighter pilot with the RCAF (Royal Canadian Air Force) 111F Squadron.  In early June 1942, the Canadians were sent north to aide the American Air Force after Dutch Harbor, Alaska was invaded by the Japanese. He served in the Aleutian Islands from June 1942-June 1943.

Robert W. Lynch was awarded an American Air Medal for his participation in the first fighter escorted bomber mission over the Japanese occupied Kiska  on September 25th, 1942.  He was one of only four RCAF pilots that accompanied the AAF (American Air Force) on this offensive attack.  On that mission, one Japanese zero floatplane was shot down and crashed into the Bering Sea by RCAF squadron leader Kennneth “Boomer”.  It was also said that on that same mission, AAF Squadron leader Maj. John S. Chennault shot down a second Japanese zero.  For their role in the victorious mission, all four Canadian airmen, as well as the American airmen, were awarded the distinguished American Air Medal.

Bill was stationed on Attu from December 1943-April 1945 with the 68th Navy Construction Batallion where he worked on the power crew setting up electrical lines on the bases.  After the Aleutian Island campaign he went over to Hawaii and Guam for his last tour of duty before leaving the Army in December 1945.

Bill is still alive and kicking today at 87 years young.  He lives in Lakewood, Colorado. 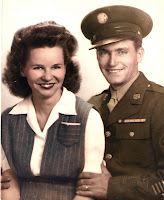 Raymond Jones "Shorty" Gowen served as a Tec 5 with the 30th Coastal Artillary on Adak in the Aleutian Islands from 1942-1944.  After the Aleutian Campaign he was reassigned to a base in Texas, then Arkansas.  He was born June 29, 1918 in Alabama and years later, moved to Sulpher Springs, Texas where he joined the army.
Shorty died in 2004 at the age of 86.

William S. "Bill" Jones, enlisted in the Army on December 9, 1941 and served his country with the utmost dedication, having fought in four major campaigns with the 7th Infantry Division during the battles of Attu Island, Kwajelein, Leyte, and was wounded the seventh and last time going onto the beach at Okinawa, Japan.  He was awarded the Purple Heart with Oak Leaf Clusters, Bronze Star, and two Distinguished Service medals.  Bill served with the NJ National Guard and retired as a Major.  After his service, Bill was employed by the Chrysler Corporation and M & G Convoy, both of Newark, DE.  Bill died August 29th, 2010 at the age of 87.

Billy was born in a town called Swastika, Ontario on April 1, 1920 and joined the 111(f) Sqn on November 25, 1941.    He went to Europe with 440 Beaver Sqn where he went on to fly Hurricanes, then Typhoons. Billy was killed in action on May 4, 1944 when his typhoon (MN 431) struck a barrage balloon cable and crashed over Eastleigh, Hampshire. He was 24.  He is buried at North Cemetery, Bournemouth, Hampshire, England. 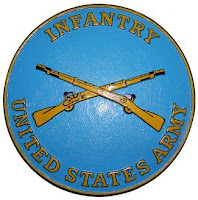 Private First Class Watson was born on February 17th, 1915 in Sapulpa, Oklahoma.  He was an army cook in company K, with the 17th Infantry division and was killed in action on Attu, May 29th, 1943.

His son Capt. USAF ret Robert W. Watson, Jr is searching for more information on his father so please contact me if you can help. 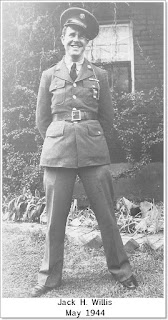 Jack's nephew Jim is searching for information on his uncle.  All he knows is that he was in the U.S. Army and stationed in the Aleutians.  Please contact me if you can help.

Harold Orville Gooding was born in 1919 in Ottawa, Ontario.  He joined the RCAF 111(f) Squadron as a fighter pilot in June, 1942.  He was award an American Air Medal for his participation in the first fighter escorted bomber mission over the Japanese occupied Kiska  on September 25th, 1942.  He was one of only four RCAF pilots that accompanied the AAF (American Air Force) on this offensive attack.  On that mission, one Japanese zero floatplane was shot down and crashed into the Bering Sea by RCAF squadron leader Kennneth “Boomer”.  It was also said that on that same mission, AAF Squadron leader Maj. John S. Chennault shot down a second Japanese zero.  For their role in the victorious mission, all four Canadian airmen, as well as the American airmen, were awarded the distinguished American Air Medal.
After the Aleutian campaign, Hal was stationed with the 440(F) squadron in Europe where flew Typhoons and eventually went on to become the Squadron leader.   Hal was one of only two out of the 23 brave 111(F) squadron members who survived the war. 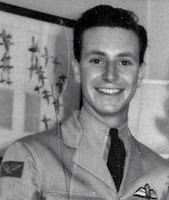 Flying Officer Cochand was  from St. Marguerite, Quebec.  He joined the RCAF as a fighter pilot at the age of 23 and was stationed with the 14(F) squadron bound for Alaska to help the Americans defend the continent.   His squadron recorded 14 missions comprising a total of 88 individual sorties during the campaign.  He was one of seven men in 14(F) to be awarded an American Air Medal by Major General N.E. Ladd.  After the Aleutian campaign the squadron was re-designated as the 442(F) Squadron and headed off to fly Spitfires in England and then the Mustangs right into the heartland of Germany.  For his efforts there he was decorated with the distinguished Croix de Guerre.  Luis survived the war and later went on to become an Olympian and famous ski instructor.

Jack Kotlovker was born on August 20th, 1922 in Asbury Park, New Jersey.    He entered the army in 1942 in the area of telecommunications, and morse code.  He served until 1945.   After the war, 1950, he opened a fabric and sewing machine store which is still in business today and is run by his daughter. Jack passed away February 15th, 1994. 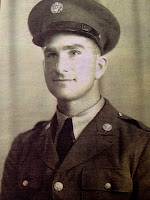 Roy Winebaugh was born in Arkansas.  He entered the army on December 8th, 1941 and two short months later he was headed North to Alaska.  He spent time in Anchorage, Adak, Kiska, and Attu.  Midway through 1944 he returned to Atlanta for training and eventually took his discharge once the war was over.  Post war- he returned to his family farm in Arkansas, got married, was blessed with a daughter and moved North to Michigan where he happily resides.  At a youthful 95, Roy is going strong, and is still driving.

Ed Merkley was born in Winnipeg, Manitoba.  He entered flight school in 1941 and his first deployment was to the Aleutian Islands. After the Aleutian campaign was over, he went overseas to fight in Germany flying Spitfires, which he loved.  He was killed in battle. 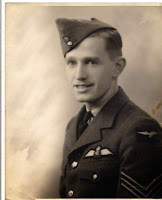 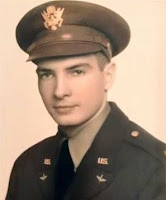 Robert (Bob) Brocklehurst began his 28 years of military service months before the United States entered World War II. Interested in becoming a pilot, he became a cadet in the Army Air Corps in February 1941 and completed his training in the fall of that year. In the weeks following the Japanese attack on Pearl Harbor, Brocklehurst and 23 other pilots and their P-40s were deployed north to Alaska.

Brocklehurst, was attached to the 11th Fighter Squadron and lead by Col. John “Jack” Chennault , son of infamous Claire Chennault, in their P-40’s when they landed in Fairbanks, March of 1942.  He was soon transferred to the 18th Fighter Squadron, which also flew P-36s. The squadron eventually moved west to Kodiak in defense of US Naval Base.  Then flying out to Umnak to reinforce the island in June of 1942, just before the Japanese struck Dutch Harbor.

Joe is from Jackson, Mississippi was drafted into the Army in 1942.  On May May 12, 1943, his unit debarked from its transport and he set foot on the island of Attu. While there, he took part in a mission to rescue a lost comrade and another to guard the pass to Sarana Bay.
“We were successful in rescuing our comrade on our first mission but guarding a pass with five soldiers armed with one BAR and four Garand rifles seemed to me that we were being offered as sacrificial lambs,” Sasser later recalled. No attack came. A few days later, however, his luck ran out when he and his comrades on Engineer Hill came under fire. The Japanese opened up from their entrenched positions, killing a medical officer right next to Sasser. “I do not remember at what time the gun fire stopped.” This day was the only day that he experienced any combat."
After the war, Joe went to work at the family bank which he did until he retired.  Joe has a love for music and spends his days making CD's which he loves to share with his friends.