Although I was staying in a downtown hotel, I found Anchorage streets to be rather empty of both cars and people.  A light drizzle fell on me as I enjoyed my cool morning fourteen block walk to breakfast to meet the rest of my, now 2015, Aleutian voyage ship mates.  I arrived early, snapping pictures along the way and really observing the life of the city.  That is one of my favorite things to do when I travel- to sit back and  get immersed in what makes that city, well, that city.

I walked down historic 4th Avenue, past the old Army & Navy store still in business. Passed the preserved and still functioning City Hall, numerous fur trading stores (sans a single protester), the Nesbett courthouse flanked by two totems, too many to count tourist shops,  and ended up at Resolution Park overlooking the Cook Inlet.  The Cook Inlet of course, named after Captain Cook, the famed explorer who explored this passageway in 1778 aboard the HMS Resolution. On a clear day, from the parks boardwalk, you can see North America's tallest mountain- Mt. McKinley. 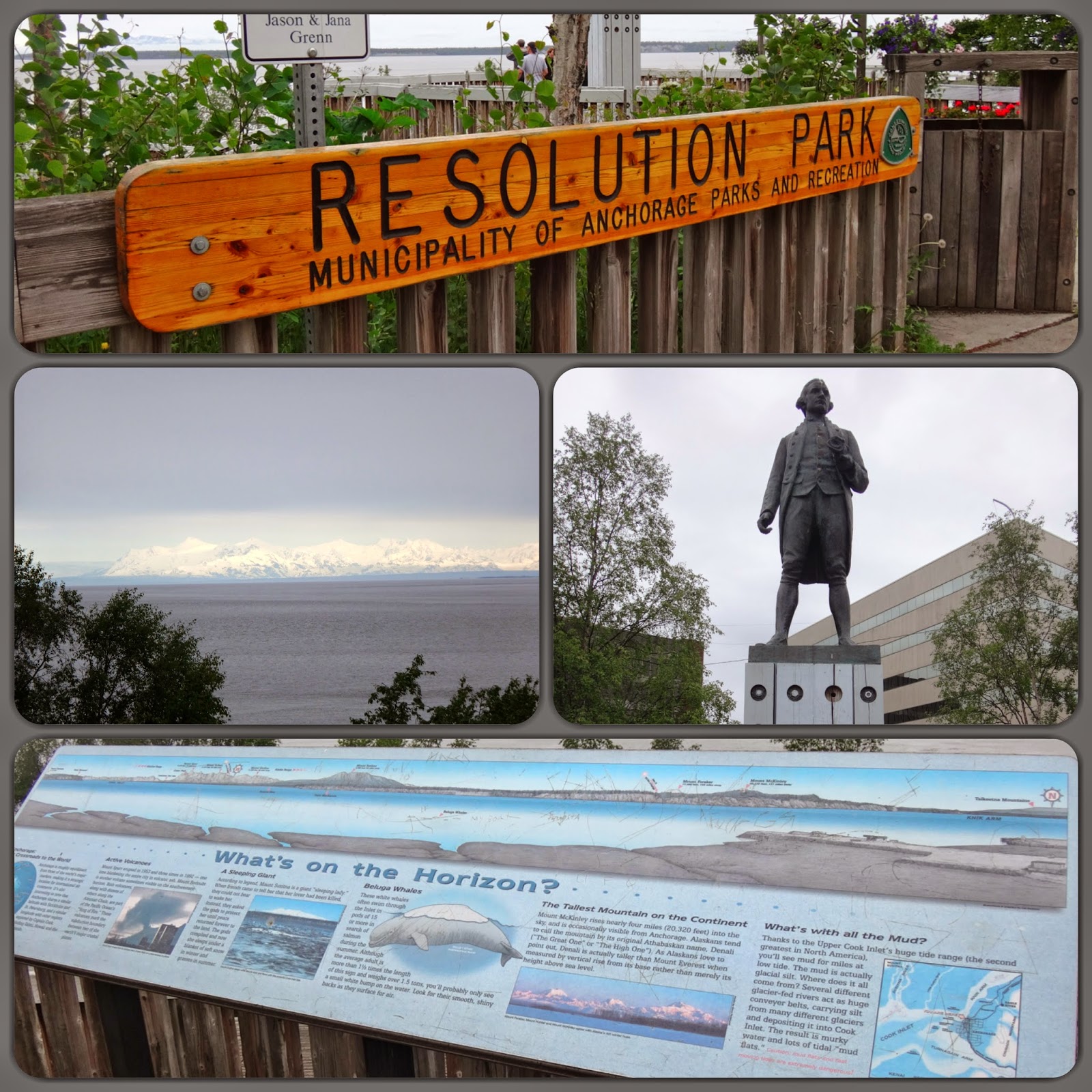 Our group met at the most popular breakfast spot in town, the Snow City Cafe.   I had arranged a breakfast with author Mary Breu.   Mary's book- Last Letters From Attu, is about her great aunt- Etta James, who was a school teacher on the far westward island or Attu when on June 7th 1942, 1,200 Japanese first invaded.  Etta's husband was senselessly killed and one week later she was taken to Japan where she was held captive for four years.  In the book Mary tells the story, almost through the eyes of her aunt, based on numerous family documents, letters and photos from Etta's personal collection that were eventually handed down to her.  A fabulous read.

With our full and satisfied bellies we made our way on foot, through the middle of a gay pride rally that just so happen to be right outside the restaurant.  I was actually thrilled to see that even in the most northern state there was a place for people to express themselves for who there are.   Rock on.

We headed east towards the Alaska Veterans Museum.  This non profit organization has been around since 2001 but the museum on 4th Avenue opened its doors in 2011. It is packed with history and artifacts of Alaska in war.  They have also had numerous popular exhibits displayed at the Anchorage Museum.  That is actually how it all began for them.  Its mission is to create a space for the inspiration, remembrance, and preservation of veteran stories and their sacrifices.  It also serves as a place to educate the general public through the collection, presentation,  and exhibition of artifacts, personal accounts and historical facts relating to the history of Alaskan Veterans.  Current Executive Director, Col. Suellyn Wright Novak was a wealth of knowledge and a tremendous hostess.  Her passion for history was infectious.

The one thing I noticed, not just that museum but all four of the museums I visited during my Alaska trip, was the absence of the Canadian piece to the forgotten war.  Each museum had one item; a flag, a patch, a photo... but just one.   It was very apparent that the Canadian involvement was recognized, valued and appreciated but simply lacked representation. Suellyn even mentioned the history of the allied involvement during her tour before she even knew I was Canadian.   She was very excited to find out that my grandfather was part of it and was eager to bring his story into her space.  Uh oh,  I smell another project...

And perhaps another under recognized persons in the war were the local villagers.  This statue represents the Alaska Territorial Guard.  This group of local volunteers were a crucial piece in guarding such a vast land against enemy attack.  This statue stands guard outside the museum.